The General Secretary department is the administrative wing of the Lajna Imaillah which works closely to assist the Sadr Lajna UK in all administrative matters.

This department plays a pivotal role in supporting the activities of the Lajna Imaillah in all areas of work. Key factors included in this are; organisation, communication and support of Lajna Imaillah activities at all levels including local, regional and national levels.

The department is also involved in co-ordinating Lajna events through the year. To achieve this the general secretary team liaises with Jamaat and auxiliary organisations for the efficient execution of these events.

General Secretary is responsible for collating and compiling monthly and annual activity reports of all Lajna Imaillah UK. The General Secretary department also organises and facilitates an all department annual refresher course that is used to train and develop the amla members as they endeavour to take on the new responsibilities allocated to them.

“The real object of man’s life according to the Holy Quran is, therefore, a true knowledge and worship of God and a total resignation to His Will that what ever is said or done for His sake only. “What is Islam? It is the burning fire which consumes all low desires and, setting fire to false gods, offers our life, property and honour as a sacrifice before God”.

(The Philosophy of the Teachings of Islam)

41. The General Secretary shall carry out all correspondence with various branches of Lajna Imaillah in the country under the guidance of the Sadr.

42. The General Secretary shall be in charge of the Central Office.

43.  a) It shall be the duty of the General Secretary to complete all the records according to the directions of the Sadr Lajna Mulk.

b) The office records of Lajna Imaillah shall be safeguarded and passed on to the new elected Sadr after her appointment. Majlis Amila Mulk shall, after a period of one year, decide which official records should be kept and which discarded. Similarly, Majalis/Local and Sectors/Halqas, should seek permission of Majlis Amila Mulk for keeping or discarding records.

44. It shall be the duty of the General Secretary to keep a record of the proceedings of Majlis Amila Mulk and to inform the concerned members and the concerned branches about those decisions which concern them.

45. It shall be the duty of the General Secretary to supervise that the directives of the Sadr are being carried out and to issue necessary reminders in this respect.

46. The General Secretary shall report about her work to the Sadr Lajna every month.

47. The General Secretary shall try to activate the inactive Majalis.

48. In the Jama’ats where there are at least three (3) Lajna members but there is no Lajna Majlis established, the General Secretary shall take action as necessary to establish Majalis there. 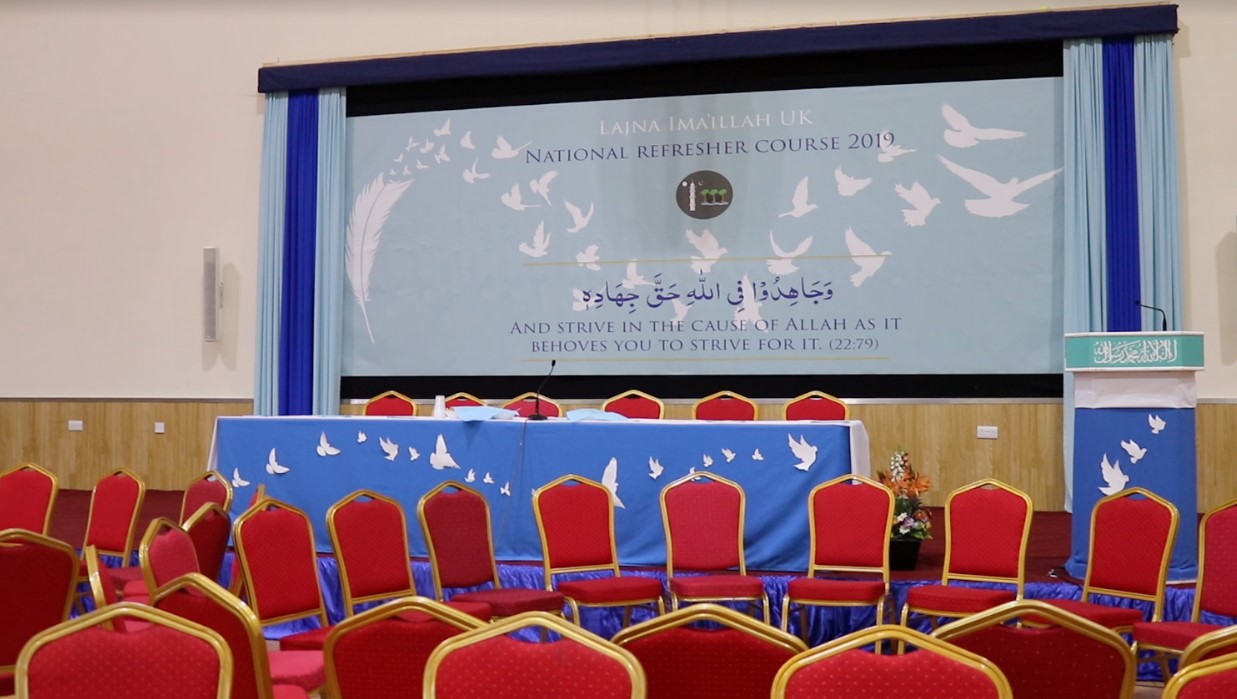 Lajna Help Desk is a facility for all Lajna who need help and advice of ANY sort.
Sadr Lajna and a selected team will be available to assist. Matters can be discussed in confidence.
At present, please email for an appointment at helpdesk@lajnauk.org
May Allah always protect and assist everyone during testing times. Ameen